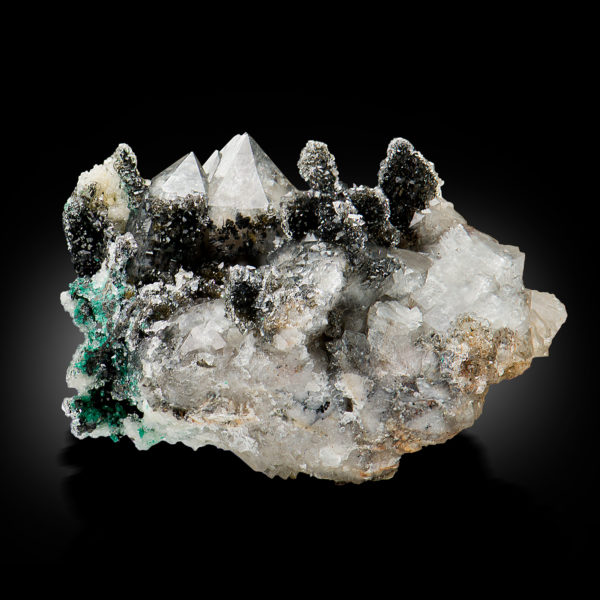 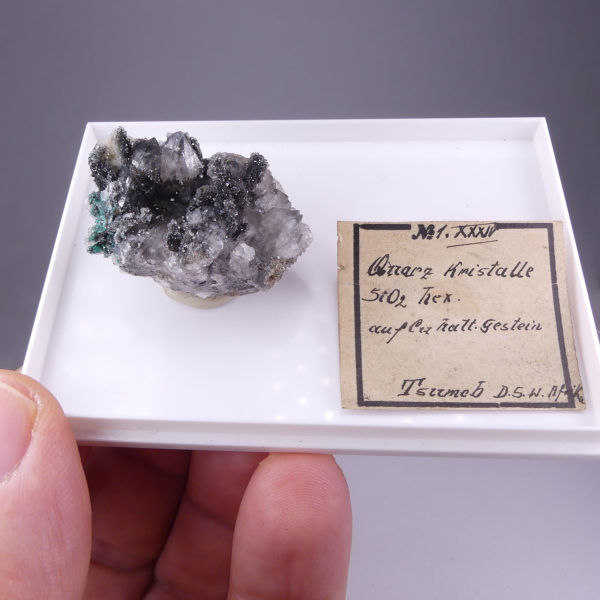 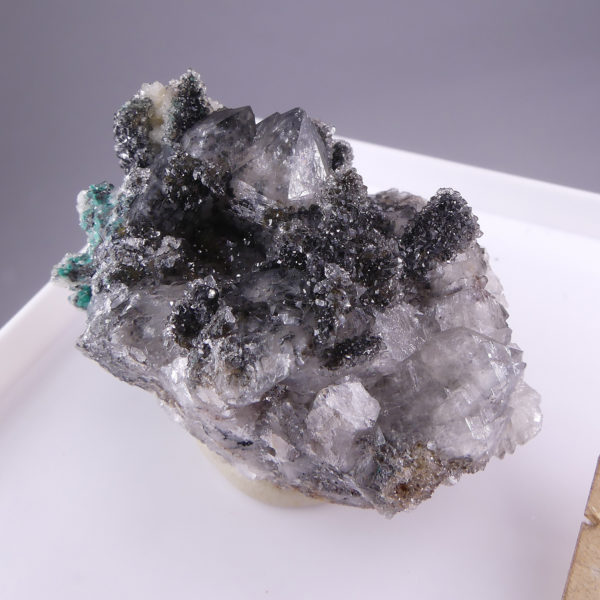 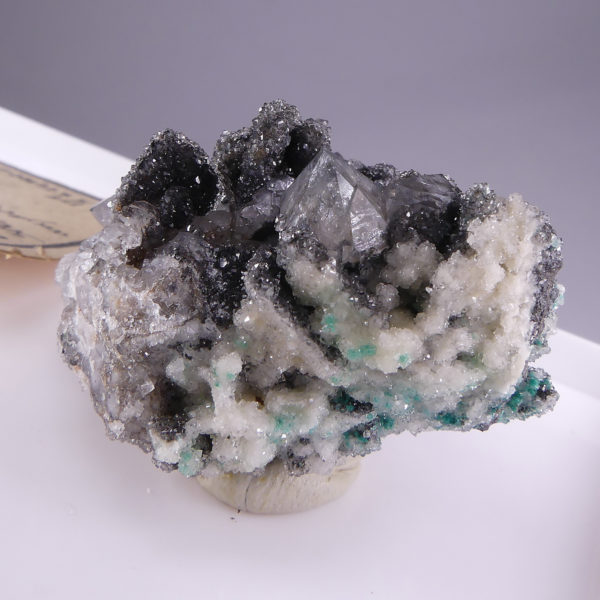 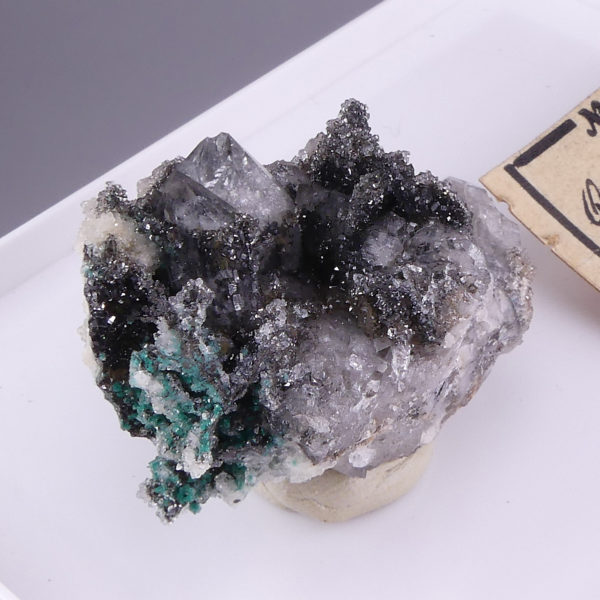 The druzy specimens are composed by sets of tiny crystals of minerals that form on the surface of rocks, generally quartz associated, with particular characteristics such as crystal size, luster, and color; the overall appearance usually resembles that of sugar or rock candy. This miniature is composed by extremely bright black and white druzy quartz with minor Chrysocolla included, and two small well formed quartz crystals. Old material. 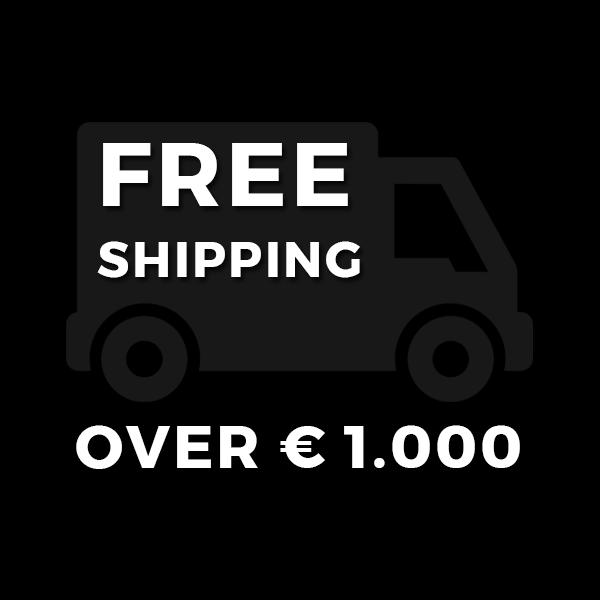 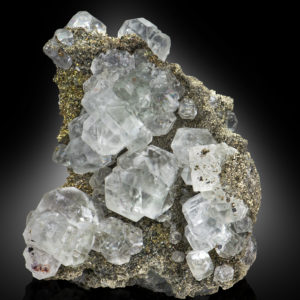 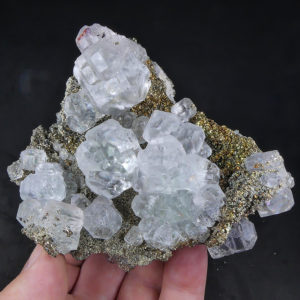 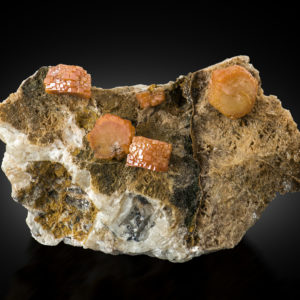 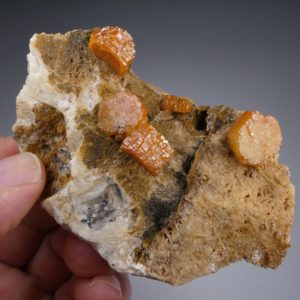 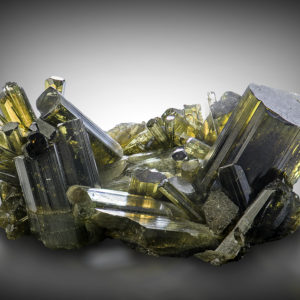 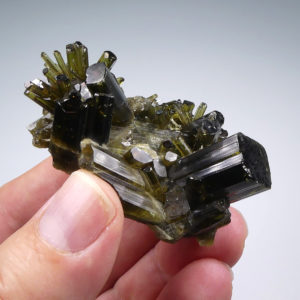 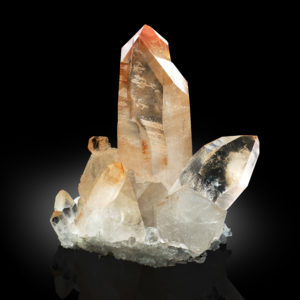 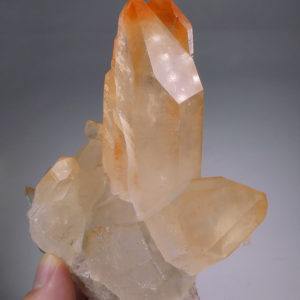 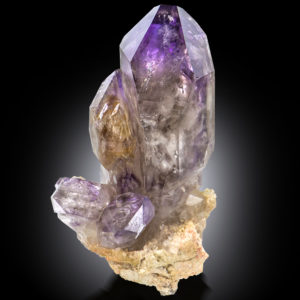 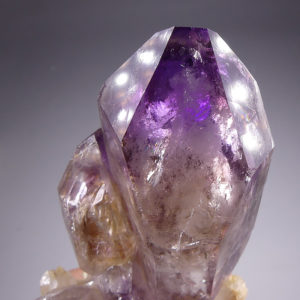 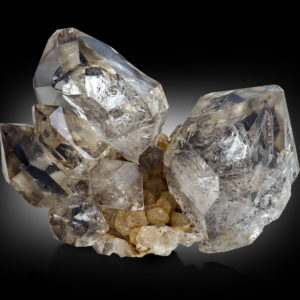 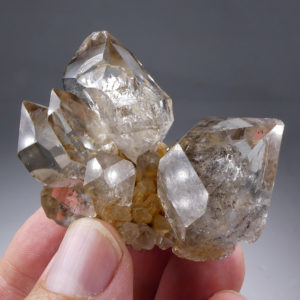