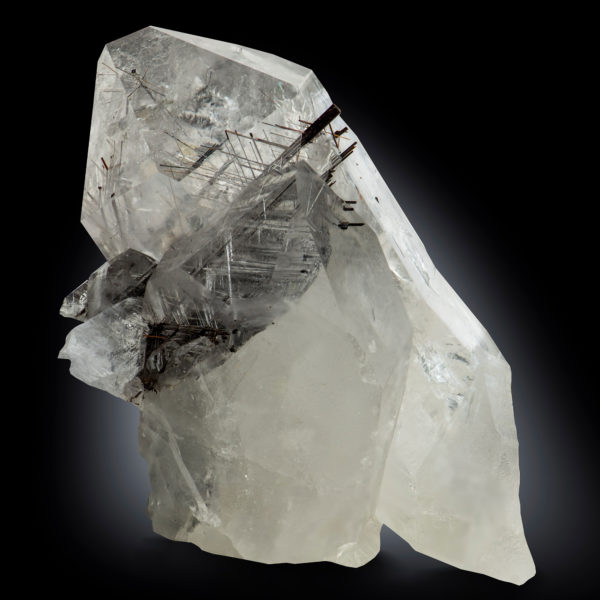 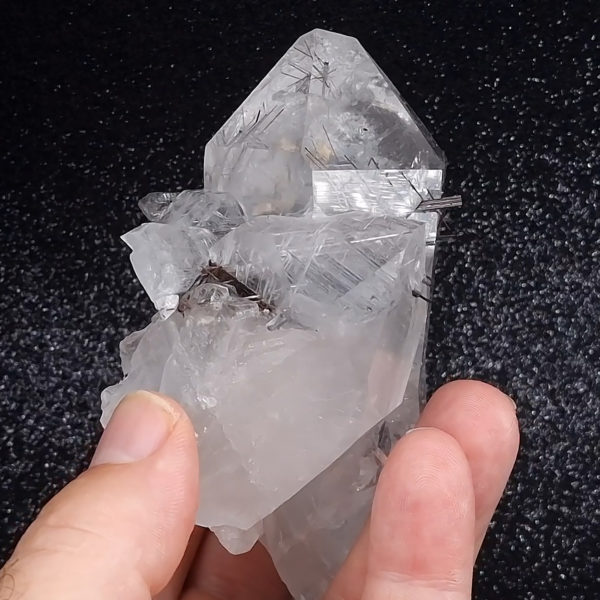 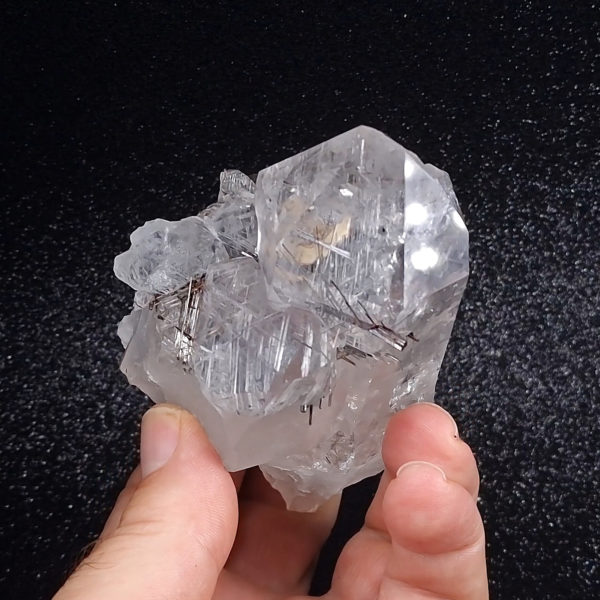 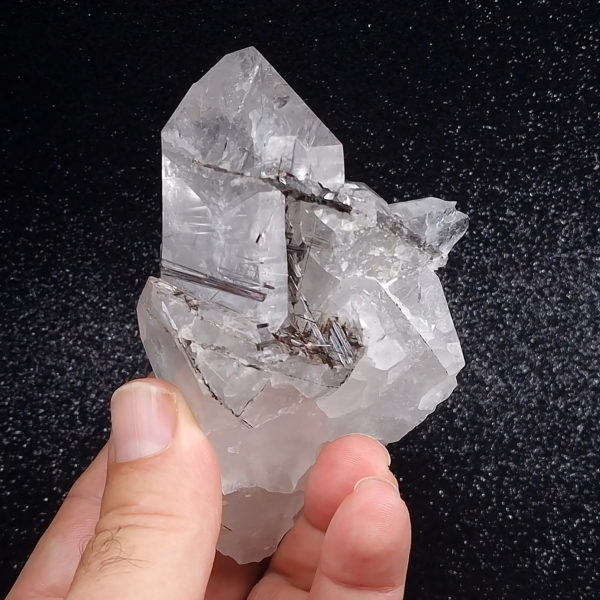 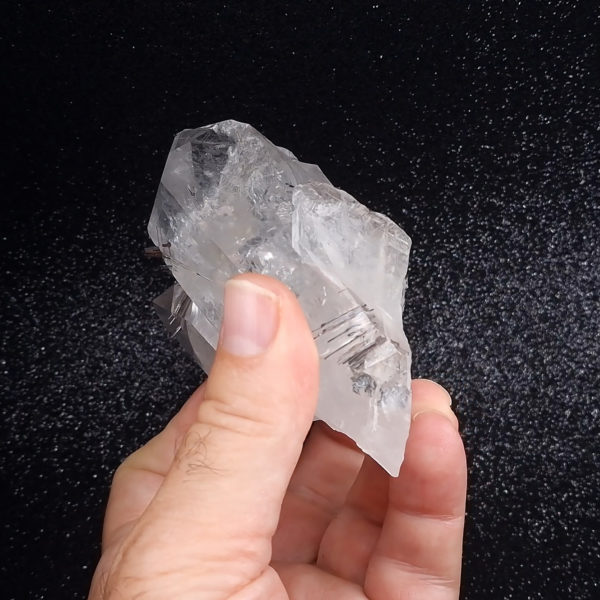 A colorless and partially transparent Quartz cluster host many brown-red rutile needles which are included with and protruding out of the quartz crystals. On a portion of the Quartz surface the Rutile needles have a cross-hatched twinned crystallization and when the specimen is viewed from above the Rutile inclusions appear silver in color for an additional beautiful display. Diamantina is known for producing interesting inclusions in quartz crystals; many crystals sustain severe damage during their extraction and some defects, on collector’s specimens, are normally accepted.